The climb to Kilimanjaro is not demanding in terms of climbing technique, but it is strenuous due to the very high altitude. Most visitors do not have any previous experience with such high altitudes and the climb brings certain risks. This is one of the reasons why entry into the National Park of Kilimanjaro is not possible without a licensed guide, his deputy (for the event of group splitting), as well as other team members. 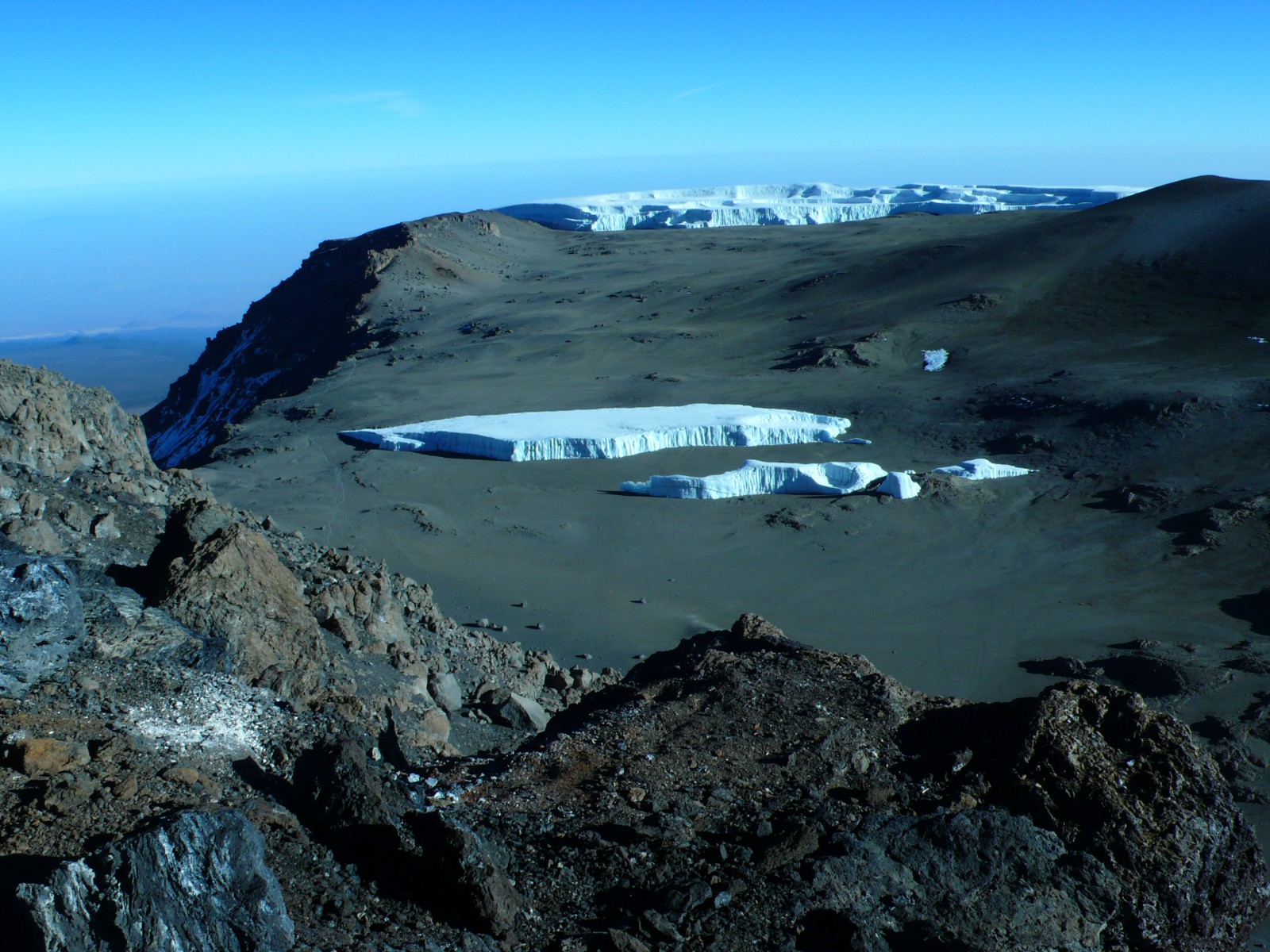 Your team will include a cook - you will be served 3 meals a day (breakfast and dinner is prepared from fresh ingredients, as well as packed lunches; tea is served upon arrival to camps), and porters, who carry all equipment and a part of your things (you carry a one-day backpack; the porters walk separately). You can choose between sleeping in a tent or hut (only on the Marangu route). There are no shops in any camps. Any activity at high altitudes is physically very hard, so the pace is very slow. Additionally, due to the lack of oxygen at high altitudes, temperatures are perceived as much lower than they are in reality. Very warm attire is necessary including winter jackets, warm underwear, skiing gloves and caps.

For this trek to the summit of the highest mountain in Africa (5895 m), we offer you complete service comprising of admission to the National Park, lodging, board and porters.

You can choose from the following options.

For more details, see the Pricelist.

Marangu and Machame are the most frequently used routes. Marangu is the oldest route and the only one which can be completed in five days. However, an extra day is recommended for good acclimatization. It is possible to sleep in huts furnished with bunk beds and mattresses on this route. There is running cold water and flush toilets in all camps (except for the Kibo Huts). The first two camps offer large dining rooms where breakfast, tea and dinner are served.

The natural aspects of the Marangu Route are very diverse. You will encounter several biotopes. On the first day you walk through a rain forest. On the second day through moorlands with various immortelles and other flowers. Huge lobelias can be seen in spots with sufficient water. Gradually, you reach the typical volcanic landscape where vegetation is very scarce. The climb to the Kibo crater follows a dusty path across scree. The last 200 elevation meters to the Uhuru summit lead along the crater rim, with views of large glaciers.

Machame Route is very popular and at present nearly 50% of tourists choose this way. It is known as very difficult and recommended for experienced mountain climbers. Some stretches are longer and steeper than on other routes. However this route is ideal for acclimatization as its profile goes up and down – for example, you will descend 650 m when approaching Barranco camp. This route is 62 km long in total and takes 6 - 7 days. You sleep in tents over the entire duration.

Machame Route crosses five climate zones and is considered very beautiful with breathtaking scenery. You will reach the Kibo crater at Stella Point (5739 m) and the last meters of the climb to the Uhuru summit lead along the crater rim. The Mweka Route is used for the descent.

Rongai Route is the only route that leads to the summit from the north, from the border with Kenya. The trek takes six or seven days. It is not very busy and recommended to those who prefer solitude. The scenery is not as diverse as on the west routes, but it does not rain as often on the northern side of Kilimanjaro and this route can also be used during the rainy season. The third (or fourth) night is spent in the marvelous Mawenzi Tarn camp situated under Mawenzi, one of the summits of the Kilimanjaro massif. The route joins the Marangu route on the fourth (or fifth) day. The last night before the ascent to the summit may be spent in huts at Kibo Hut camp (4730 m). The Rongai route has medium difficulty and is suitable for tourists with relatively low mountain experience. The Marangu Route is used for the descent.

The Umbwe route is considered the hardest but most spectacular route on Mount Kilimanjaro. Approaching from the south, the Umbwe route is a short, steep and direct climb with poor acclimatization. It is very remote and quiet.

The route initially goes through the rain forest. It then steepens to climb the ridge between the Lonzo and Umbwe rivers. It follows through the Umbwe ridge, Great Barranco and Barafu Hut. The last section before the rim of the Kibo Crater offers fine views of Mt.Meru to the West, and the peak of Mawenzi to the East. After a short time on the summit, the route descends down the Mweka route with stops at the Barafu Hut and the camp at Mweka Hut in the giant heather zone.

Lemosho route is a secluded and little used way up to the Shira Plateau. It is very spectacular, with dramatic gorges and views of west Kilimanjaro. The route has a high success rate because of its good acclimatization possibilities. The Lemosho route approaches Kilimanjaro from the West. The forests in the beginning are inhabited by buffalos, elephants and other wildlife. Climbers encounter low traffic until the route joins Machame on day 4 at Baranco.